Hello,
Bringing you this input from windy Montana. The Greenes and Hills are tracing the Lewis and Clark trail with a detour to Glacier National Park. If you want to follow us, send a Facebook friend invite to DandR Hill...

Newsletter Input:Dogwood has 2018 rallying along. This quarter was the Kentucky Bourbon Trail Rally and Virginia International Raceway Rally. (A summary of both are below.) BTW, we had a dry run for the Christmas Rally with the hosts and there is a lot to look forward to this year.Now for a list of what's ahead...18-21 JUL - FMCA International Rally in Gillette, WY (Will we have enough attendees for a Dogwood gathering? Please  Call me at 540-842-3563 if you plan to be there and I will plan something. 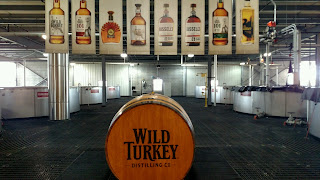 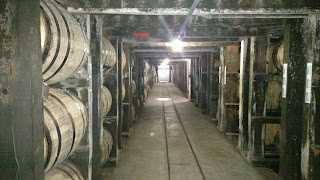 VIR Rally Highlights  June, 2018 by Jim Buelow
Per Ed Fisher, the June rally was held at Virginia International Raceway June 1-3, 2018 and hosted by Ed. Only 2 Dogwood coaches attended the rally, but the group met and  got together with several other couples, and the fun began. Good races, good food, new friends, and a good time were had by all. Just goes to show you that it doesn't require a big crowd to have fun.

Kentucky Bourbon Trail Rally Highlights
May, 2018 by Rich Bonewitz
Despite the long drive into the campground, a great time was had by all. The Bourbon Trail turned out to be a real accomplishment for the Buchanans and the Phillips. I believe they visited 11 distilleries during their stay. When you travel The Bourbon Trail, you obtain a passport which you get stamped at each Distillery. There are 11 distilleries on the Bourbon Trail, so I assume the Buchanan's and the Phillips completed their passport. The Bonewitz's started their passport in 2012. Fortunately it was saved in the fire and they were able to complete their passport during this trip. They sent the passport to Louisville and received a glass inscribed "I finished the Bourbon Trail". The rally was attended by the Alexanders, Buelows, Allens, Phillips, Buchanan's, Schoolars, Bonewitz s and previous members the Gilbert's. The usual 5:00 happy hour was followed by a potluck dinner. We did spend 2 nights on the town  celebrating Susan Buelows and Linda Buchanan's birthdays. They turned 39. After the rally the Bonewitz's, Schoolars, and Gilberts continued on to Nashville where they got to see President Trump's Nashville rally in person, what a night. I'll leave it at that. I hope to see you in Maine.


Maine Rally Plans,
August, 2018 by Rich Bonewitz
It appears to be a shotgun start for the Maine rally. Everyone is arriving on different days depending on their schedule (between the 22nd and 26th of August). But what a group. It looks like 18 coaches will be participating. They include Bonewitz, Cummings, Tillman, Alexander, Greenwood, Allen, Schoolar, Wolf, Johnston, Vreeland, Sohles Schultz's, Buelow, McLeod, Prescott, and Fisher. If I have missed someone please contact me at rfbwitz@gmail.com. All events will be arranged when we get there to include a lobster cruise and whale watching. Of course we will finish each day with a happy-hour. I don't know about anyone else but Elle and I have a "Low lobster warning light". See you in Maine and SAFE Travels. Rich.