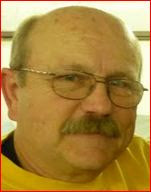 From the Oblong Office
Butch Jones

I will assume that our snowbirds have returned to their middle Atlantic nests. The first rally of the year at Hatteras was a success and we are now officially into the Dogwood Rally Season.

This year I hope that we will have more of our seasoned members return to rallies and help the newer members learn what FMCA and Dogwood are all about.  We have some excellent locations for this year’s rallies. And there should be some really good times ahead.

I have attached the results of our Dogwood Survey. The Board would like to thank those that responded to the survey. This type of information is helpful to the Board in plotting our course and ensuring that we stay the course of the membership’s choosing.

The 88th FMCA Family Reunion and Motorhome Showcase will be kicking off this month and some of our members will be attending this event in Gillette, Wyoming. We wish safe travels to all.

Our next Dogwood rally is in Galax and we hope to see many of you there.

We received 20 completed Dogwood Surveys.  We were glad to see that most gave some serious thought to their answers. The results are interesting and some were surprising. There were quite a few questions left unanswered these are listed as “No Answer” in the results. The answers are indicated in red for clarity. I did not include all of the answers given as many received only one response.  These results will be used in guiding the chapter and planning for next year. Thanks to those taking their time to provide us with their input.

Dogwood Chapter FMCA Participation Survey
1. In the last 3 years, which Dogwood Rally did you enjoy best?
Solomon’s Island was the number 1 pick followed by Camp Hatteras.

1a. What did you like best?
“Location” was listed as number 1

2. In the last 3 years, which Dogwood Rally did you enjoy least?
“No Answer” was the number 1 response followed by Rockahock

2a. What did you least like?
No scheduled meals or activities received the most responses.

3a. What specific thing(s) were most enjoyable?
Although more respondents did not respond to this question, those that did indicated that seeing old friends was most enjoyable.

4. How many rallies do you think Dogwood should have each year?
Again more did not respond than responded to any specific number. The number of rallies receiving more than 1 response ranged from the following:
“Same as last year” and anywhere from 3-4 to 6-8 were listed most often. So we can surmise that about 6 rallies seem to be the number of which most are comfortable.

5. Do you like rallies with structured meals (rally fee covers some meals, predetermined times) or unstructured (no meals and flexible times)?
More responses were received for having structured meals than not.

6. Would you like to have a 1 hour or less seminar at Dogwood rallies and if so how often (every rally once a year, etc.)?
Most of the respondents were in favor of having seminars. Having a seminar once or twice a year was the most often given frequency.

7. Please list any topics that you would enjoy.
“No response” and “RV topics” were the most often given topics. History of local area and both RV and non RV topics were next.

8. Would you like to have a preplanned side trip included in a rally? This could be a winery tour or historic place or other place of interest?
This question received an overwhelming “yes” response.

9. What other activities would enhance Dogwood rallies?
Although “no answer” was given in almost half of the surveys, having a game night was the next most listed answer.

10. What is preventing you from attending Dogwood rallies?
“Other commitments” and “nothing” responses were given the most to this question.

11. What is preventing you from hosting a Dogwood rally?
Even though “have done so in the past was the most often given response, “don’t know enough about it” received the next highest number of responses.

13. What is the maximum number of days for a Dogwood rally?
The survey indicated that Dogwood members like rallies to be 3-4 days in duration.

14. What should the maximum cost of a rally (including rally fee and meals both provide and not provided and campground cost)?
Once again “no answer” was the most often not given response. Cost was not an issue was the next most often given response, however, 250-300 dollars was the top response with a dollar figure.

16. If Dogwood established a “Members Only” section of the chapter website would you be receptive to having a password to enter the section?
The responses to this question were almost evenly divided between yes and no.

18. Are you interested in having rallies planned around events such as races, festivals or concerts?
Most of the responses were yes to this question.

19. How important are full hookups for a three day rally?
We are evenly divided on this question with one response pushing full hookups to the very important factor at a rally.

20. Is dry camping okay for a few days?
Once again the same number responded “yes” as “no” to this question with several “depends” and one “up to 7 day” responses.

22. If so, should they be included in rally cost an extra charge?
Overwhelmingly the responses were in favor of making extra activities an additional charge for those wishing to participate.

Additional Comments (Please list any additional comments to the above questions or any other Dogwood related topic):
Prefer smaller rallies where we get to spend more time developing friendships.
We will be unable to attend the May rally. We have a prescheduled event with our family.
Maybe it is worth paying for campground facilities, if we have small group.