Is an Electric Power Motorhome in Your Future?

Is an Electric Power Motorhome in Your Future?

Hybrid and total Electric Vehicles have been around for a while now, the first is said to have been the Lohner-Porche Mixte Voiturette. It was introduced at the 1900 World’s Fair in Paris. It was a totally electric vehicle. In 1909 the Baker Car Company introduced an all-electric car which had a range of 100 miles. 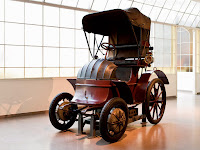 The first hybrid was introduced in 1915 by the Owens Company. It was the Owens Magnetic. So we can see they go back in history, yet they have not become the norm.

Two areas that have resisted electrified drive systems are over-the-road trucks and recreational vehicles. Both have had attempts made to use electricity however, neither has had much progress. Tesla is working on an electric road tractor but Cummins beat them to the market with the introduction of the all-electric big rig called the AEOS. It is said to be as powerful as a 12 liter diesel and capable of pulling a 44,000 pound load, it has a range of 100 miles. Cummins is going to offer a range extender to increase that distance. Recharging is said to take about an hour. The Tesla vehicle was to be introduced by the end of 2017 but I have not seen anything indicating that it has hit the market yet.There are several European manufacturers that have concept vehicles. Nicola One has an Electric-Hydrogen type of hybrid that could be a player as it has a range of 800-1200 miles and can maintain its speed on grades as well as having the horsepower and torque required for over-the-road operations. 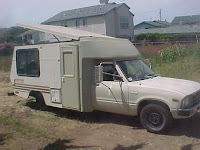 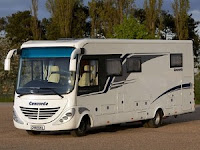 The recreational vehicles have been the target of some very innovative people who have created several hybrid and all-electric motorhomes. In the past and there are several U-Tube videos on how to convert your motorhome to energized matter propulsion. There are some conversions on the road today as shown in the photo below. The main issue I see with electric vehicles is the charge time, battery life if the vehicle is not used and cost of battery replacement. We all know what happens when we do not use our motorhomes for a while. The batteries are unwilling to start the vehicle. Motorhome owners are accustomed to plugging their vehicles in but I believe that the driving recharge time, mileage range and cost of battery replacement will have to come down considerably before we see a line at the Flying J recharge ports.

Two European innovations are the German company Dethleffs has built the Caravan Salon e.home Type C motorhome. It is powered and operated totally by electricity. This vehicle uses a plethora of solar panels as seen in the photo below. The chassis is an Ivco Daily Express.  On the right is the French Green Cat Technologies Scarabane. It is a travel trailer that is setup on a circular metal gear ring. It uses solar panels and a rooftop reflector to find the sun and rotate the trailer when expanded so the solar panels are always using available sunlight. It has a wind turbine for those windy cloudy days. It is said to produce 3000 watts of power which is apparently enough for French campers.


For now we can enjoy our fossil fuel homes away from home and the joys of being “On the Road Again”.
at January 21, 2019